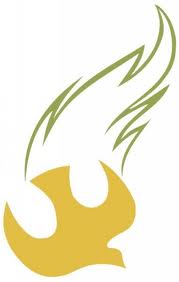 Have you ever had feelings of wanting to run away, or fears of rejection?

I’m sure we’ve all had them in our lives, and this is what Psalm 55 teaches us today.

It begins with a classic plea that God would answer the Psalmist in his pain and distress, the most honest line being that of verse 6:

We’ve all had feelings when we’ve wanted to run away from things, when things get so on top of us or we lack the courage to go ahead with difficult tasks or speak difficult words, we just want to be as far way from the situation as possible. Maybe some of us are feeling like that today. Then pray. What the Psalmist does is bring these honest thoughts to God in prayer: an honest thought that he had muttered to himself in the midst of a crisis, and is now confessing to God.

The Psalm encourages the reader to bring to God feelings of rejection as well: those times when they’ve felt insulted or let down not just by enemies but by friends as well. The Psalmist brings this to God in prayer in the words of verse 13 when he brings all his mutterings and imaginary conversations with the friend who has hurt him before God. He calls out to God, curses his enemies, and finally, through all of this, comes to God in verse 22:

“Cast all your burdens on the Lord,
And he will sustain you.”

‘What God loves is nothing but the whole – the whole self in the whole situation. That and nothing else is what is present to God; all present… this entails calling one’s self from the past, the regrets, the resentments and scars, and presenting them to the eyes of his love. It entails calling in one’s self from the future, the daydreams, the fears, the ambitions, and presenting them, leaving them with him. It entails calling in the self from beyond the pale, the self that would properly be banned from one’s autobiography but is a true part of the one God loves.’

The question Psalm 55 poses to us is: ‘Do we want to carry our cares on our shoulders, act out our vengeance, try even to escape from time to time, or do we want to cast all our cares on the Lord? Let’s hope we choose the latter, for when we do cast our cares upon the Lord, we shouldn’t be tempted to pick them up again. Leave them there. He is more than able to carry them.

Our regular services each week are :

Third Sunday of the month (January-October only)
4:00pm – Evensong at Holy Cross
(Church open from 3:00pm for musical Entertainment)

Our services will still allow us to use some social distancing.

This website uses cookies to improve your experience. We'll assume you're ok with this, but you can opt-out if you wish. Read More